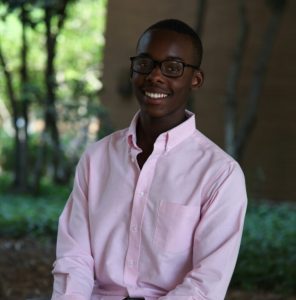 When I was born my biological mother was on drugs and was not capable of taking care of me, for months I did not utter a sound. I barely cried and I never spoke. It was a possibility that I may never speak. I was stuck, not knowing what was going on. It was very unusual for a baby not to make a sound. In this case it was psychological. I was traumatized. I was placed in a foster home at 9 months old. By the time I was twelve years old I wanted to know where I came from to know who I was. My foster mom told me what my biological family was like, in response to all my questions. She told me how all of them were gang affiliated criminals and how they never succeeded in anything in life. Immediately, I knew that’s not how I wanted go live my life and I would need to take a certain route to make that happen. Growing up in a foster home and not knowing who my biological parents were made me lose my sense of self. I grew up not knowing who I was, so when I learned all these things about where and who I come from, I didn’t want to be that. I wanted to change who I was and be a better person than who my family members were. I adopted the motto, it doesn’t matter where you come from, and it matters where you are going. Ever since then I have pushed myself by getting into different educational and college prep programs such as Educational Talent Search, West LA Upward Bound, and VIPs. While at school I was bullied because I was the smallest and because of my sexual orientation. There was one time where I was shoved in a corner by 10 to 12 males and I was bashed, cursed at, hit, pushed, spat on, and treated like less than a human. The worst part about it, there was a teacher standing right there and did not do anything. Suddenly I felt as if I was a baby again without a voice. Not uttering a word or a sound, unable to fend for myself. I needed a way to express myself. I needed a voice. So I started writing. I wrote poems and short stories. My experiences with bullying really helped me write great stories and poems. So great it got me in a grand slam poetry competition in the year 2013. I found words have the power to lift and excel. It lifted my spirits and helped me excel in school and life.